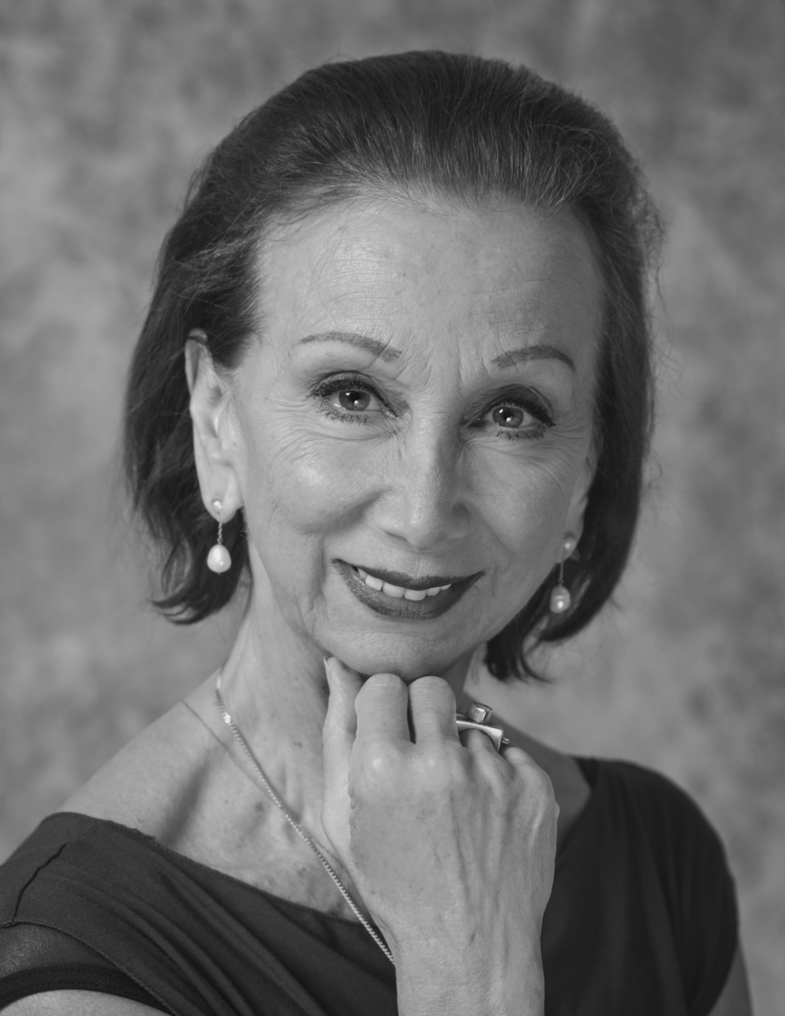 Trained by the great Russians including Tamara Karsavina and Lubov Egorova, and later Rosella Hightower, Maina Gielgud has had an incredibly diverse career creating works with Maurice Bejart’s XXth Century Ballet, dancing as a principal with London Festival Ballet and Sadlers Wells Royal Ballet, as an international guest artist, and being partnered by Rudolf Nureyev.

She then directed The Australian Ballet (1983-1997) and the Royal Danish Ballet (1997-1999). Maina made a comeback in 2003 and 2008 as a dancer and actress in Bejart’s L’Heure Exquise. Free-lancing since 1999, Maina is Artistic Advisor of the Hungarian National Ballet and both Artistic Advisor and Authorised Repetiteur of The “Anton Dolin Foundation”, formed in Berlin by Jelko Yuresha, Michael Scheinin and Mikhail Kaniskin.

She guest-teaches and coaches in major companies all over the world, as well as in renowned schools, regularly teaching Masterclasses for Ellison Ballet, and ABT Summer intensives in New York.  Her own classical productions are much in demand: her highly acclaimed Giselle for The Australian Ballet (staged also for Boston Ballet, Ballet du Rhin, and Houston Ballet) The Sleeping Beauty; Coppelia, and Cinderella in her own choreography, various works choreographed by Maurice Bejart, including Serait-ce la Mort, Bhakti, Webern opus 5, and Song of a Wayfarer; by Kenneth MacMillan: Manon; Serge Lifar: Suite en Blanc; Rudolf Nureyev’s productions of  Don Quixote and Swan Lake, and classical favourites such as  Les Sylphides, Spectre de la Rose, Paquita.

‘Coaching the Coaches’ is an experimental interactive workshop introduced in London in August 2017, a new initiative of Maina Gielgud’s, it is dedicated to discussion and examples of ideas and methods of coaching students for ballet competitions as well as professional dancers for their solo and principal repertoire.  Discussion is presently occurring for a video presentation of this enterprise as well as introduction into various summer intensives.

Maina Gielgud joined the European School of Ballet as a Guest Ballet Mistress in 2020.