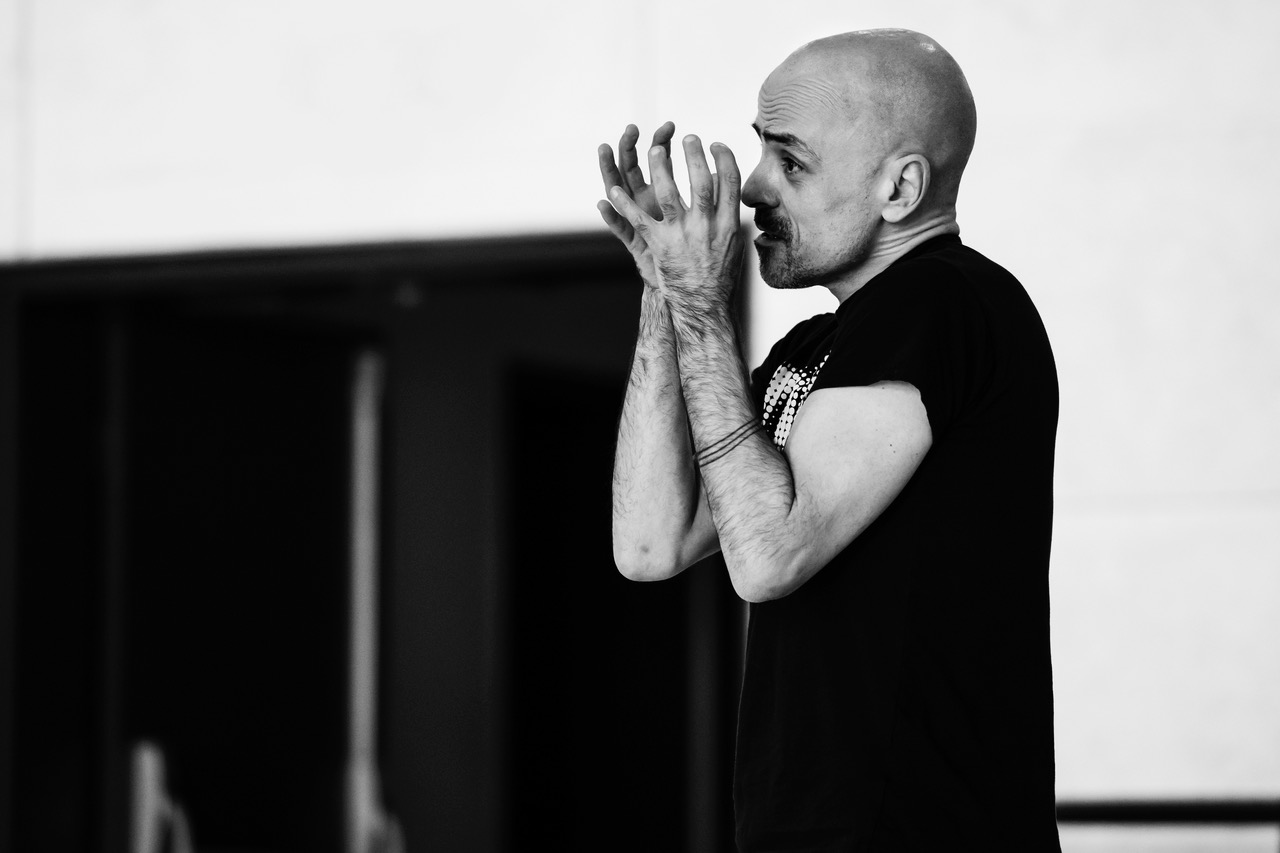 Born in 1975 in Madrid, Spain. He was formed by Carmen Roche and completed his studies at the Royal Conservatory for Professional Dance in Madrid and the School of the National Ballet of Cuba. Among others he received the following awards as a dancer: Winner of the Prix Lausanne in 1994 and Gold Medal and Grand Prix at the International Ballet Competition of Luxembourg 1996 . Critics of Dance Europe Magazine nominated him Best Dancer of the season 2003/2004.

Goyo Montero was Principal Dancer at the Deutsche Oper Berlin and Soloist at the Oper Leipzig, Staatstheater Wiesbaden and the Royal Ballet of Flanders. He has been invited among others as guest soloist with the National Ballet of Mexico, the Perth City Ballet and the Ballet d‘Europe.

A long term partnership exists between Goyo Montero and the Prix de Lausanne. In 2012 and 2017 Goyo Montero has been member of the jury at the Prix de Lausanne. From 2013 until 2016 his choreographies have been part of the contemporary repertoire of this competition. In 2018 Goyo Montero created together with 50 students from the partner companies of the Prix the new choreography “Pulse”, set to music by Owen Belton. In 2017 his creations have been part of the Beijing International Ballet und Choreography Competition in China.

Among his awards as Choreographer: In 2006 the award “Villa de Madrid” (the 1st award of the Iberoamerican competition of Choreography), the Villanueva award by the UNEAC (Union of Writers, Critics and Artits of Cuba) and the award “Teatro de Madrid”.

In 2009 Goyo Montero has been awarded with the cultural prize of the Chamber of Industry and Commerce of Middle Franconia. In 2012 Goyo Montero got awarded by the Spanish Ministry of Culture with the Premio Nacional de Danza. In 2014 Goyo Montero received the Bavarian Culture Award. In 2018 the ‘Deutscher Tanzpreis’ (German Dance Award) is presented to Ballet Nuremberg under the directorship of Goyo Montero for outstanding development in dance.

Goyo Montero started his collaboration with European School of Ballet in 2019 when he agreed to give two of his solos for the Trainee Program audition process.