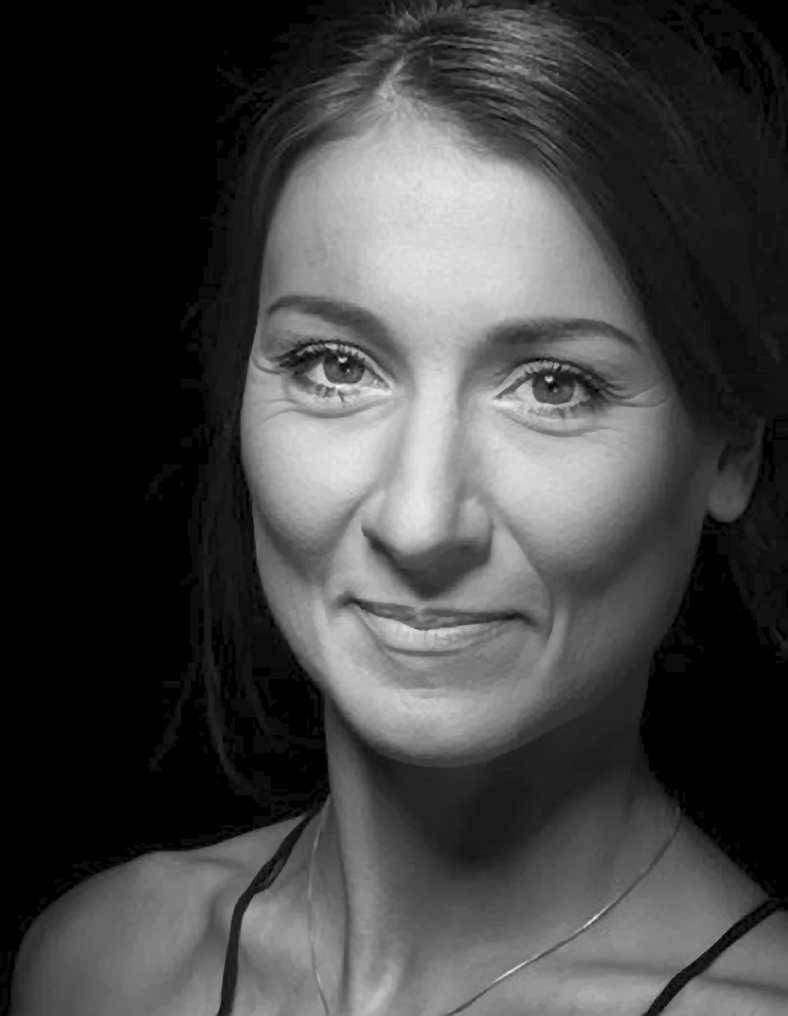 After graduating from high school in 2001, she joined the Marseille National Ballet School (ENSDM) and the National Ballet of Marseille a few months later, both under the direction of Marie-Claude Pietragalla. She had the chance to be involved in some of Pietra’s works such as Don Quixote (as the main bridesmaid), Giselle (queen of Willis) and Fleurs d’automne.

She also worked under the artistic direction of Frederic Flamand and Eric Vu An in Marseille who offered her to dance the first violin in Concerto Barocco ( Balanchine), and Desdemona in the Pavane du Maure (ch. J. Limon) in which the latter was interpreting the Moor. She was also chosen by Andries Liepa to perform the lead role in the Firebird in Fokine’s version at the Marseille Opera.

In 2006, Maurice Bejart made her join his prestigious company, the Béjart Ballet Lausanne, where she kept growing as an artist for seven years. She was given the opportunity to dance many pieces from Béjart. To name a few: the young girl in Serait-ce la mort? with Julien Favreau, the pas de deux of Bhakti 1 and Arepo, the 4 girls in the Rite of spring , the “élue “ and Juliet (Romeo and Juliet) in L’ amour la danse, and Cantate 51 on the prestigious Russian stages of the Mariinsky and Bolshoi theaters.

In 2013, she was offered a contract with the West Australian Ballet (ad: A. Scannella) in Perth, Western Australia, where she was promoted to Soloist in 2014. A few noticeable performances include the famous Tchaikovsky pas de deux (ch. Balanchine), the energetic Mono lisa (ch. Itzik Galili), the touching quartet of In transit (ch. Annabelle Lopez Ochoa), the roles of Giselle (ch. Scannella after Petipa), Kitri (Don Quixote, ch. Lucette Aldous after Nureyev), Snow White and the seven dwarfs (ch. Gyula Harangozo), Sugar plum fairy in Nutcracker (ch. Scannella, Smeulders) and the famous Steptext (ch. Forsythe), restaged by Kathryn Bennetts. She also choreographed three pieces for the company: D’accord?, Arwenn and Spirit bird.

Back in Europe in 2018, she danced the “Virgin” in Bejart’s Cantate 51 with the Ballet Nice Méditerranée, in Rome, before joining the Royal Swedish Ballet. Since Florence retired from the company, she has been studying in France in order to obtain the teaching diploma in contemporary dance and the Art therapy official certification.

Thanks to her career, Florence was awarded the teaching diploma in classical dance by the French Ministry of Culture in July 2019. She has been teaching ballet for many years now and keeps enriching her pedagogy with new tools such as the progressing ballet technique (PBT) in which she obtained a certification in January 2020.

Florence Leroux-Coleno joined European School of Ballet as a Guest Ballet Mistress in 2019.